Google is aiming to extend its lead in class computer system sales by bringing Android apps to Chromebooks for education. School administrators will quickly have the ability to develop lists of authorized apps and install them onto trainees’ laptop computers. Android apps are arriving this month in beta for a handful of Chromebook designs, just like in 2015’s rollout on customer Chromebooks.

Android apps might attend to among the greatest grievances about Chromebooks– which is that the OS, while easy and protected, is too restricting. Previously, Chromebooks have actually just had the ability to go to sites and run a reasonably small number of web-based apps. The upgrade will permit schools to pick from countless apps related to the work of a math tutor or the like in the Google Play Shop. 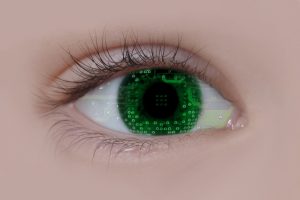 “Bringing these 2 things together suggests that lots of, lots of trainees that are going to be utilizing Chromebooks in the class will now have a lot more things that they can do with those Chromebooks,” states Rajen Sheth, Google’s senior director of item management for Android and Chrome for education and business. However making Android apps operate in an education setting is more complex than bringing those apps to customers. Here’s exactly what Google has (and, sometimes, hasn’t rather) found out as part of its Android app push for schools:

New Hardware Was Required
While lots of older Chromebooks will end up being suitable with Android apps, Google and gadget makers are likewise releasing brand-new hardware to make the most of the software application. Acer’s Chromebook Spin 11, which is introducing this spring, has a screen that turns around 360 degrees, and an electronic camera simply above the keyboard. Trainees can hold up the Chromebook like a tablet and shoot video on the opposite side of the screen.

Sheth states, “That way, you can turn this gadget into a microscopic lense, or you can turn it into a camera, you can turn it into a great deal of things that are required for trainees in the class.” Acer’s Chromebook likewise has active Wacom stylus assistance, enabling pressure-sensitive digital pens that do not require batteries and just cost a couple of dollars each. “Trainees can in fact share these styluses and change the styluses cheaply,” Sheth states. “Things like that are actually crucial.”

The App Install Process Requirements Enhancing
Part of Chromebooks’ appeal is how rapidly they get up and running. Due to the fact that whatever’s web-based, trainees can visit and have all their apps and accounts all set to go with the cloud management system, however that speed isn’t really ensured if the system needs to set up a lot of Android apps with every session. With the addition of Android apps, Sheth states Google needed to make “a range of optimizations” to keep things rapid. The Chromebook ought to still have the ability to access the web in the meantime, even though there is a little hold-up in having the ability to gain access to Android apps when trainees very first log in.

“You can get in and operating and operating in less than 10 seconds, then begin to access your Android apps, however we’re going to continue take that even more, and make ongoing enhancements and continued optimizations,” Sheth states. To that end, Google is taking a look at methods to prevent re-downloading whole apps each time a trainee logs in. Probably, if one class of an English tutor is pressing the very same apps to every Chromebook, it may make good sense to leave those apps set up, while cleaning private trainees’ information in between sessions, the trainees’ progress can also be monitored via a reporting dashboard.

“We understand that every trainee visiting on that gadget will access that exact same application. Exist things we can do to enhance that and not need to re-download the application? Those are things we’re going to be dealing with down the line” for Chromebooks, Sheth states.

Is Your Testing Team Agile?

These days, every development team says that they are on board with agile testing methods. The agile methods have been...