Scientists say they have proven that it makes us feel safer.

When you walk the streets when its dark, what makes you feel safe-a friend walking beside you, a mobile phone or how about a sword? What about something as simple as white street lighting? At the University of Granada, that kind of white light actually makes us feel better and safer. For some reason, it dispels our fears a little. 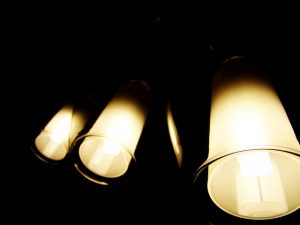 According to a study that was published in Safety Science,  Antonio Manuel Peña García and colleagues surveyed about 275 people who were walking out late in Grenada Spain one night. They wanted to see if the lighting had any effect on their perception of crime and their overall wellbeing. What they found was interesting as people said that they felt “safer and better” walking around in areas that were brightened by white LED’s as compared to the areas that were illuminated by the old yellow sodium lights.

Since when have we had such a fear of the old non-white street lights? Its probably more of a case of the fact that white light allows us to see better and can see the faces of people who are around us so it puts us more at ease. However, the study does caution readers that more research is needed on the part of psychologists but it seems to suggest that white light triggers something awesome in our brains.

This work perhaps suggests that lights with a high content of blue wavelengths, such as white street lighting, there’s a greater inhibition of melatonin. It’s the chemical name that’s often referred to as the sleep hormone. This has been studied in great length in studies all over the world. This study could well prove that white public lighting in our streets makes all pedestrians feel safer when walking the streets at night.

As far as white lighting making us feel safer is still open to debate but one piece of reasoning should be considered here. Would be criminals’ need a very low level of light to perpetrate their crimes. If a victim can see their face clearly, well that could be considered a deterrent and hence the case for white street lighting has won out without too much argument.

My Verdict on My New iPhone 6S

I started using the iPhone 6s about a month ago, and so far the device has been quite impressive. I...